Learn how we’re supporting the masonry industry during the COVID-19 crisis. 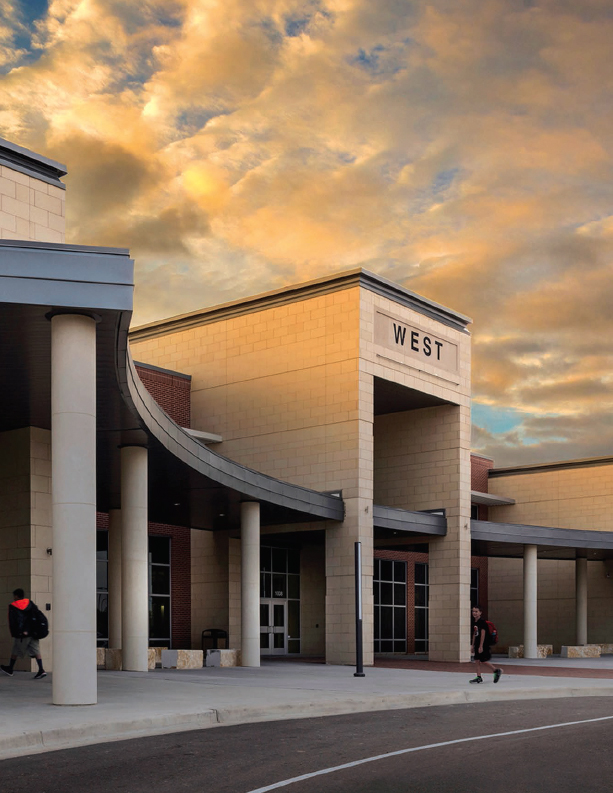 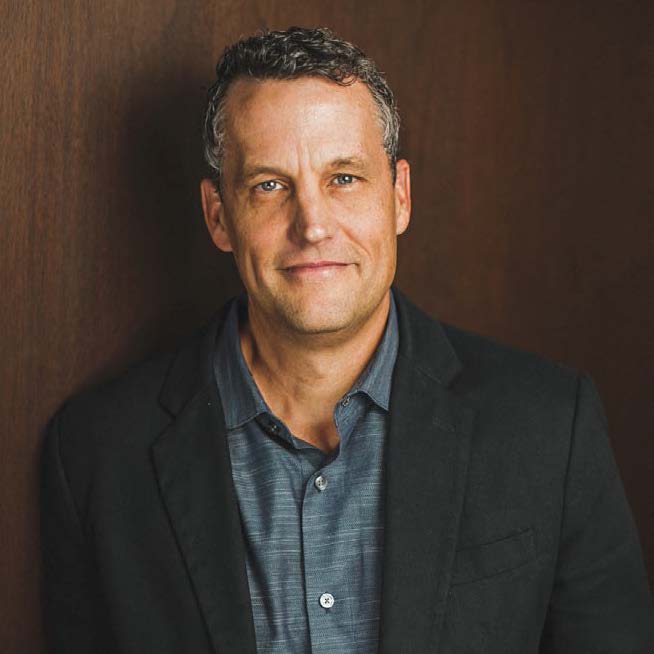 Konrad Judd, chief design officer with Huckabee, an architecture/engineering firm in Fort Worth, Texas, is an internationally-recognized thought-leader in educational design. With more than 20 years designing educational environments, he believes design should be holistic, human-centric and evidence-based in its execution. As if to underscore his beliefs, in 2016, the completion of one of his projects — a new high school/middle school — helped an entire town “Rise Up” following a devastating loss.

On April 17, 2013, a fertilizer plant explosion leveled the town of West, Texas. Five-hundred homes were destroyed and 15 people were killed. The result of a fire in the plant, the force of the explosion was equivalent to a magnitude 2.1 earthquake. West Mayor Tommy Muska was quoted in a CNN story, “It was like a nuclear bomb went off.” In fact, people reported seeing mushroom clouds. Amidst all the loss, families soon learned the intermediate school, middle school and high school were no longer safe to use and needed to be rebuilt. With funding from FEMA and a fundraising campaign, the West Independent School District initiated “Rise Up,” a major rebuilding initiative.

“Our structural engineers determined the elementary school could be repaired, but the intermediate, middle and high schools were too badly damaged and unsafe,” explains Judd. “At the time, the school district decided to turn the loss into an opportunity to push forward and design for the future and seize the moment.”

The middle and high schools were merged into one complex, a move that would prove more economical as well as efficient. The middle school gymnasium doubles as a shelter that can withstand up to an EF5 tornado. “The shelter can accommodate every individual in the school to protect against tornadoes, but also against unpredictable traumatic events such as the plant explosion,” says Judd.

When designing the new West Independent School District (ISD) High School/Middle School, Judd says his team first looked at the profile of the town of West. A small town of roughly 2,800 people outside Waco, it is referred to as the “Czech Heritage Capital of Texas” because of its strong Czechoslovakian roots. Most of the town’s buildings and shops are quaint and rich with history.

In contrast, the school district wanted the school to communicate the future, what they hoped to achieve and how they want to educate students in years to come.

“We looked to blend traditional and modern aesthetics to convey all that they are and all they want to be,” Judd says.

The former school buildings were constructed of load-bearing concrete masonry and structural steel, while the new design communicates the historic nature of the town through a combination of red brick and Echelon’s Jewell Stone 4x12x24 Cordova Buff High Polished, as well as 8”, 4” and 12” Cordova Buff High Polished. Glass and metal are used in contrast to portray the futuristic quality of the new building.

“We chose Cordova stone because of the density of the product as well as the polished finish. It provides a more refined look. It also gave us lots of choices because there were many sizes. Using different dimensions of the stone throughout allowed us to add detail to the architecture.” – Konrad Judd

The Cordova materials are also used on the interior, in the two-story main corridor and dining area. This was also a design choice that considered both aesthetics and maintenance.

“Educational facilities have a 50- to 100-year lifespan, so we choose products that look great but also have longevity,” notes Judd. “This is especially the case in high-traffic areas such as these.”

The school features many unique, multi-use spaces. “There are many choices—for students and teachers—to decide what space they want to use, what furniture, essentially where they want to go and how they want to do their instruction,” says Judd.

The new West ISD High School/Middle School project was completed in July of 2016. Students spent the entire school year in the new space.

LASTING BEAUTY The maintenance-free surface is mold, moisture and mildew resistant. Astra-Glaze SW+® STEP Educational facilities have a 50- to 100-year lifespan, so we choose products that look great but also have longevity. 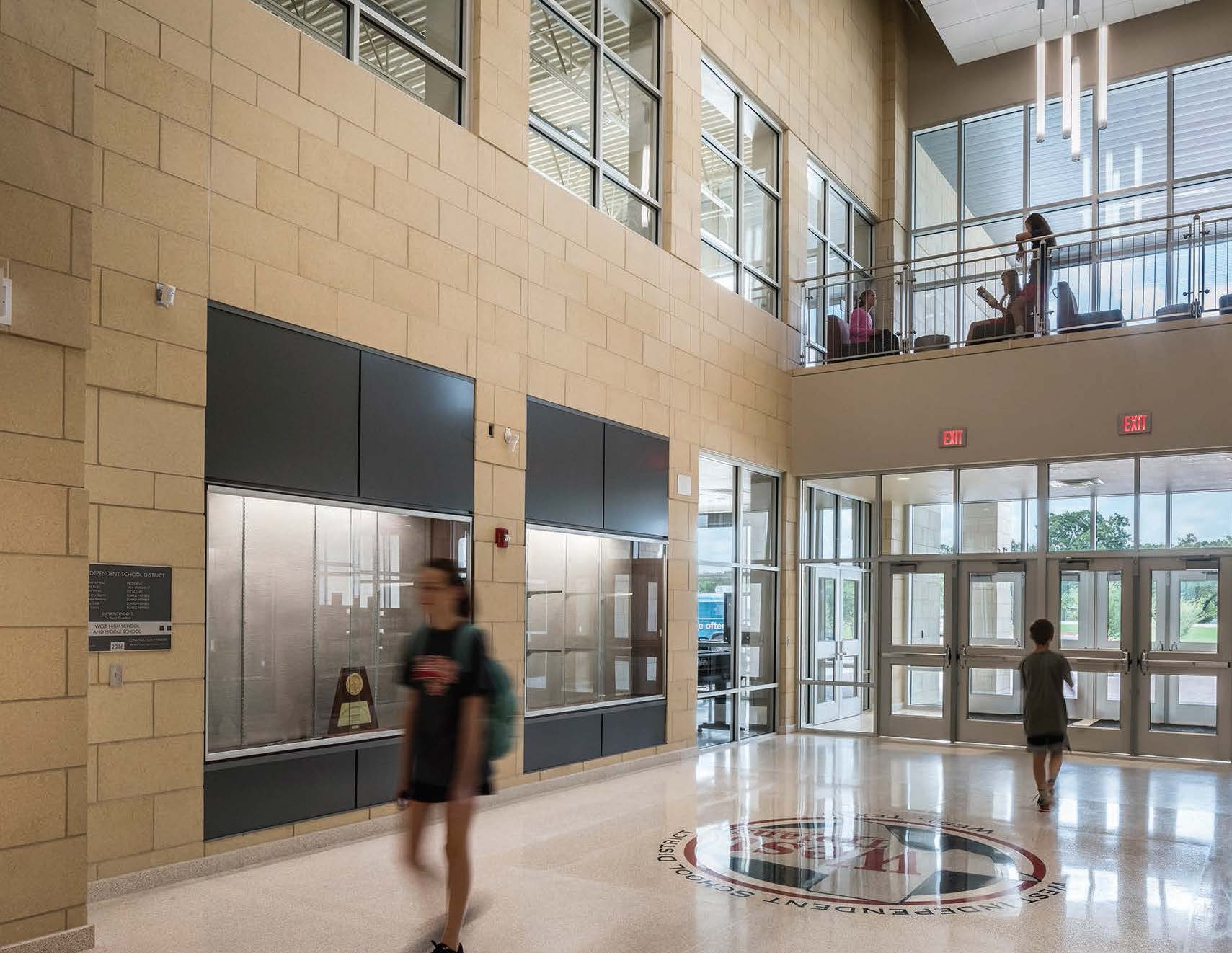